Exhibitions  ›  I was born in your bed / Venice

This is the title under which the Czech artist Daniel Pešta is presenting his project in
Venice on the occasion of the 55th edition of the Venice Biennial (La Biennale di
Venezia) which falls under the auspices of the City of Venice – Department of
Cultural Activities (Città di Venezia – Assessorato alle Attività culturali) and the Mayor
of Prague.

On the premises of the Sala del Camino in the former monastery of Saints Cosmas
and Damian two videoarts will be presented under the title I WAS BORN IN YOUR
BED, as well as the cycle of painted portraits of Roma children performing in the
videoart entitled I AM A GYPSY, AND YOU?

The principal theme of the entire project is the current social phenomenon of the
Roma question and the stance of the individual in facing this issue. The subject of
this creative endeavour is concerned above all with the ambivalent relationship of
the individual towards the Roma minority, which is often tied in with a range of
prejudices.

During the project’s genesis the artist focused on the youngest Roma generation.
This is precisely where he sees the key to any future integration of the Roma into
the majority of society. This is the reason why Daniel Pešta has attempted in his
work to examine not only their feelings but as well the environment of Roma
children and their perception of their life chances. This all he has transformed into
this artwork.

“When we consider the life of the Roma, we see it as if it were something totally
alien to our own being. Let us then imagine a hypothetical situation of a different
fate, one in which we were born Romany. Perhaps we would find unforeseen
patterns of behaviour within ourselves and we would begin to act in a peculiar
manner, the kind which today one simply refers to as being ‘problematical‘. Perhaps
this is down to simple self-preservation, maybe it is due to fear or resignation.
However, not one of these factors is compatible with the word ‘hope‘ ”, says Daniel
Pešta.

The videoart is composed of two six-metre projections. The entire concept is
constructed on the simple principle of a school photograph. Two classes of small
children, one of girls, one of boys, stand in typical neatly arranged rows, as we all
know from our own school days snapshots. In their hands the children hold white
transparent cloth satchels similar to those in which one carries indoor shoes for
changing into. The children take their places. Their movement is minimal. After a
while an adult strong voice can be heard, calling the name of one of the individual
pupils. One by one the children pull the satchels they have ready in their hands
over their heads. It is striking how the Roma children voluntarily subject
themselves to these orders. This is how one child after another reacts, until they all
have their heads covered. The transformation of an individual and a horde has
been accomplished.

ARTIST
The Czech multi-media artist Daniel Pešta (born 1959) is represented in a range of
European museums and collections. This year he exhibited in the German
Bundestag as part of the exhibition Kunst in der Katastrophe.
This project came about with the cooperation and kind assistance of Milan Horvát
and the Roma Association of Lysá nad Labem.

The official opening takes place on 29 May at 1800 hours on the premises of the
former monastery of Saints Cosmas and Damian (S. Cosma e Damiano) in the
Sala del Camino, on the island of Giudecca, Venice. Vaporetto stop – Palanca.
The exhibition will be held from 30 May to 30 September 2013
Opening times: Tue – Sun 1200 -1800 hours. 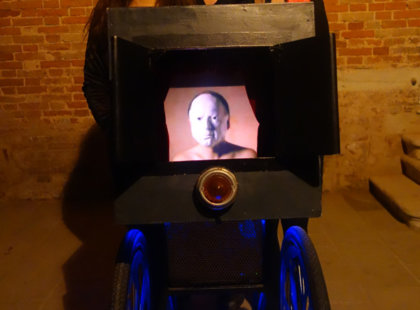 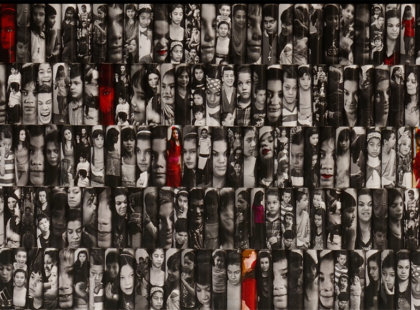 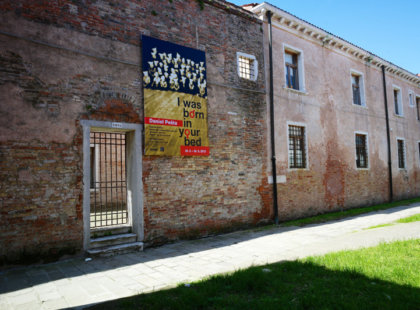 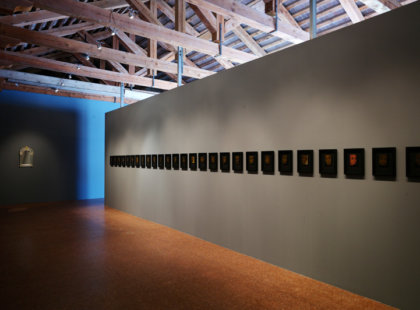 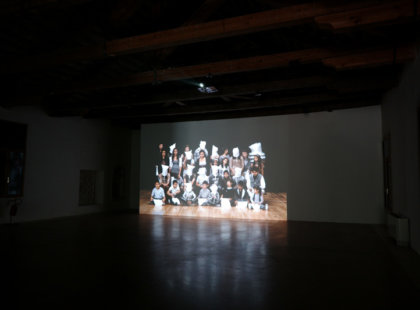 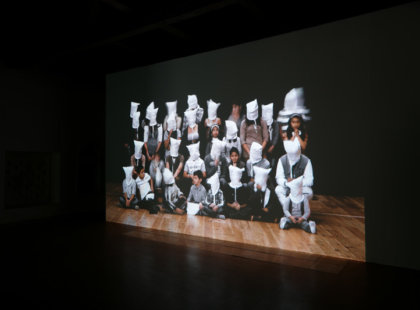 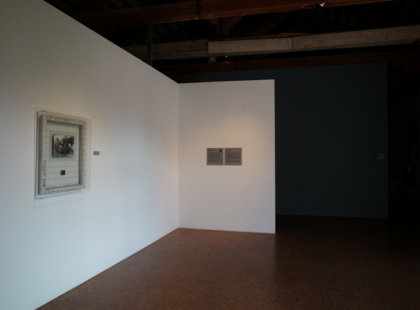 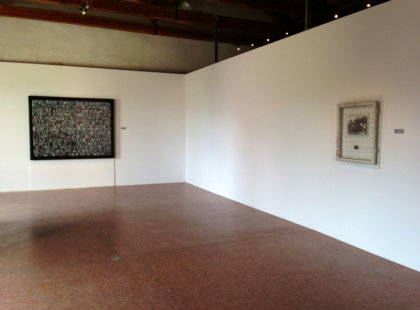 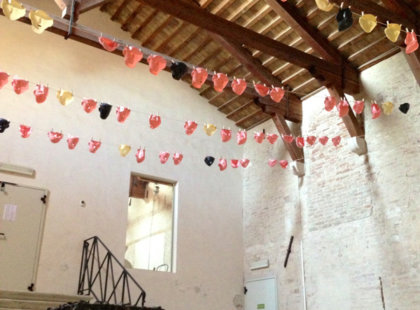 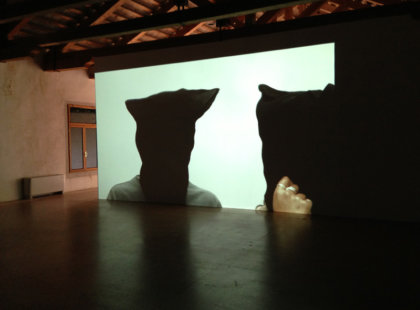 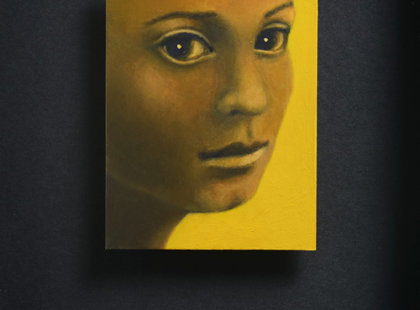 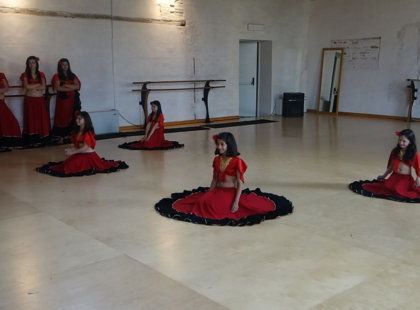